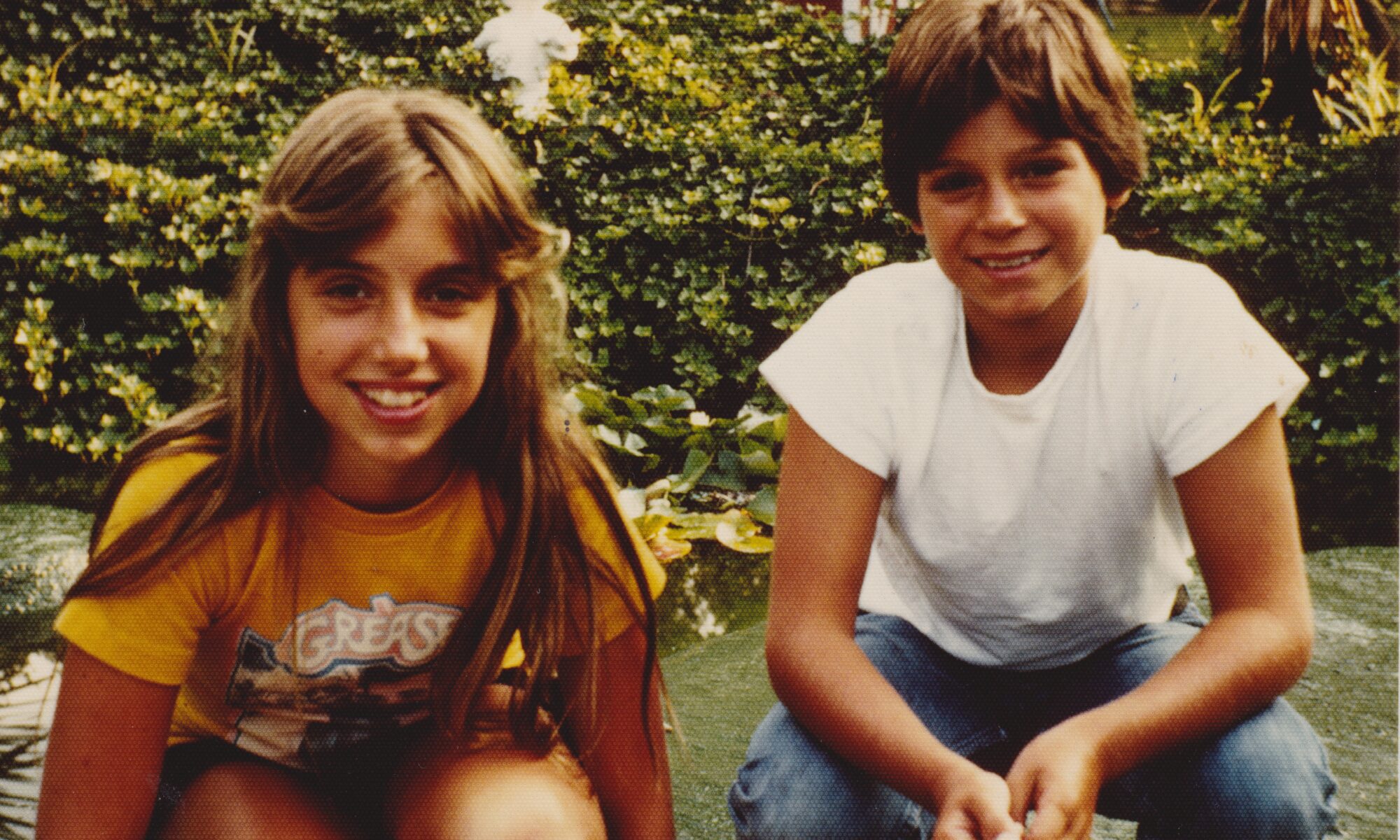 There was an emptiness inside of me, a longing, a desire to connect with a Dad. I had a mom who loved me and would do anything for me, but I still felt empty.

My mom was best friends with a lady named Gene. Gene was married to George, who was in the US Navy stationed there in Naples. At the time, mom was living with a man named Sonny who was also in the navy. We all lived in a high rise apartment building. Although Sonny was nice to me, he didn’t seem to have the emotional wherewithal to fill the need for a daddy that was deep within my soul.

Gene and George had three kids. The oldest was a boy my age, also named George; the middle child was a girl named Karen who was my sister’s age; the youngest was named Chris.  He was just a baby at the time. George would often watch all five of us kids while my mom and Gene went shopping and hung out.

George loved me. I loved George. He listened. He played with me. He gave me words of encouragement and unconditional love. He was the father figure I was looking for in my life. He filled a need that nobody else seemed to be able to fill in my life.

One time while he was babysitting, an argument broke out amongst us kids, one of those petty ones that nobody can remember the reason for. Just like you might have with a sibling several times a day.

George decided to get to the bottom of the story. He said he would be talking to each of us individually. I was first.

I hated to be in trouble. I was afraid of authority. I always did what I was told and rarely misbehaved. The tears were streaming down my face as I proclaimed my innocence. The other kids were pounding on the bathroom door saying “Jimmy didn’t do ‘nothin.”

George embraced me.  He told me he knew I was innocent. He just wanted to talk to me to get the real story because he knew I would tell the truth. He wiped the tears from my eyes. I began to calm down and be able to breathe again.

There was the physical pain. That hurt enough in itself, but that isn’t the worst of it. Physical pain heals and goes away. The emotional pain remained and took over 40 years to completely work through.

I felt torn physically and emotionally. I still loved and admired George, but he had committed this terrible act. I felt shame. I felt like I was the one who had done something wrong. I felt betrayed. None of what was happening made sense in my six-year old mind, and none of it makes sense to me today.

After the horrible act, George tried to comfort me with words. He confessed that he was a sick man. He apologized and asked me to forgive him. I did! Six year olds are very forgiving.

He cleaned me up and we went back to the living room. The other kids were all asking if I was ok. George answered for me and said I had been upset but everything was fine now. All of us kids continued to play as if nothing happened. The sun went down like normal. Mom came to pick us up like normal. We went back to our place like normal.

But nothing was normal ever again!

The seed of this horrible deed was planted into my spirit. That seed was to grow and reap many undesirable mindsets later. For the time being I was a six-year old boy with a secret, but life went on.

I looked up to him and craved his attention. Each time he told me “this is the last time this will happen.” Each time I believed him. I can remember the first and last time clearly. The dozens of instances over the next 2-3 years are a blur.

The last time was after we had moved back to Virginia.  George had come to my family’s church one Sunday morning and invited me to spend the afternoon with him. I declined, but he was insistent and whispered in my ear not to worry, nothing was going to happen.

It DID happen, and that eight-year old boy who was full of trust learned not to trust people. It took me forty years to get over that lack of trust.

***James is a middle school teacher and motivational speaker. Find out more about him at www.jamesdivine.net. This is an excerpt from his book (available on amazon), Sad Boy, Joyful Man: Your NOW Doesn’t Determine Your FUTURE.