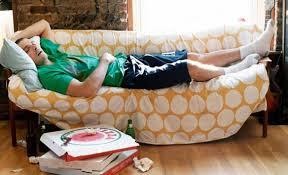 Teens Today Get a Bad Rap

Teens today get a bad rap, one that they don’t deserve. They are accused of many things and often all lumped into the same category rather than looked at as individuals. I work with teens daily. I have faith in teens!

Lots of teens ARE lazy. Lots of adults are lazy too. But if you get the right motivational structure in place, the majority of teens will impress you.

In my classes, I have structured my grading system where kids earn points for achieving certain standards. Students have a minimum goal each month that they are required to reach to get an A. Here are some stats from a class of 40 students a few years back:

That means half of the class went above and beyond what was needed to earn an A!

A few years ago, my marching band leaders called me to task…

They didn’t have a problem with my high standards.

They didn’t have a problem with me.

They didn’t have a problem with the music or the choice of marching band show.

The problem…I was taking charge too much and not giving them a chance to be leaders, to fail a little, to learn from their mistakes. It was a great lesson for me, and to be honest a little hard at first.

I delegated much more to them. They rose to the challenge. They were full of great ideas and were ready and willing to implement them. Sometimes my three decades of experience come into play and I am able to share with them why a specific idea won’t work.

3. Teens have no morals

Ain’t true for all teens.

The adults in their lives have not exactly been the top role models in this area. We have top executives who steal, parents who cheat on a spouse, leaders with no backbone who take the easy way, and then we expect a teenager to choose a different direction?

Teens do have morals. Many are committing to sexual purity until their wedding day. Many abhor cheating.

Four things I do know about teens

1)   Give them guidance. They sometimes seem to not listen, but they are. Especially if your life models bravery and purity.

2)   Don’t put all teens in the same category. I wouldn’t like it if you assumed all Italians were part of the mafia. New Yorkers – most of whom are kind, considerate people – don’t like it when you say New Yorkers are rude (probably 10% are, and in a city of 10 million+, that’s 1 million rude people walking around.

3)   Respect their ideas, even if you are not able to implement them. Ninety percent of the great things we do in my bands started as an idea or thought from a student!

4)   The best advice I received for my book came from a teen. I published my first book in June 2013. Since then hundreds have bought a copy and dozens have given me feedback on my book, including other authors.

Their feedback was along the lines of:

“This story needs to get out…

I couldn’t put it down…

All advice that I appreciate! However, the best advice came from a teen!

Her advice: The whole book doesn’t seem to fit your theme of forgiveness…I didn’t feel you opened up enough, that you were holding something back…If I didn’t already know you, it wouldn’t have really moved me.

Tough me for me to hear….Yes

Did I pick up some great tips for improving the book?…Yes!

*James has been working with teens as a parent and teacher for many decades. He was once even a teen himself! Remarkable that he made it through that phase of life. He is the creator of the course “Adulting 101: Why Don’t They Teach That in School.” Invite him to share his story of forgiveness, redemption, and purpose with your teen group. He can be reached HERE.