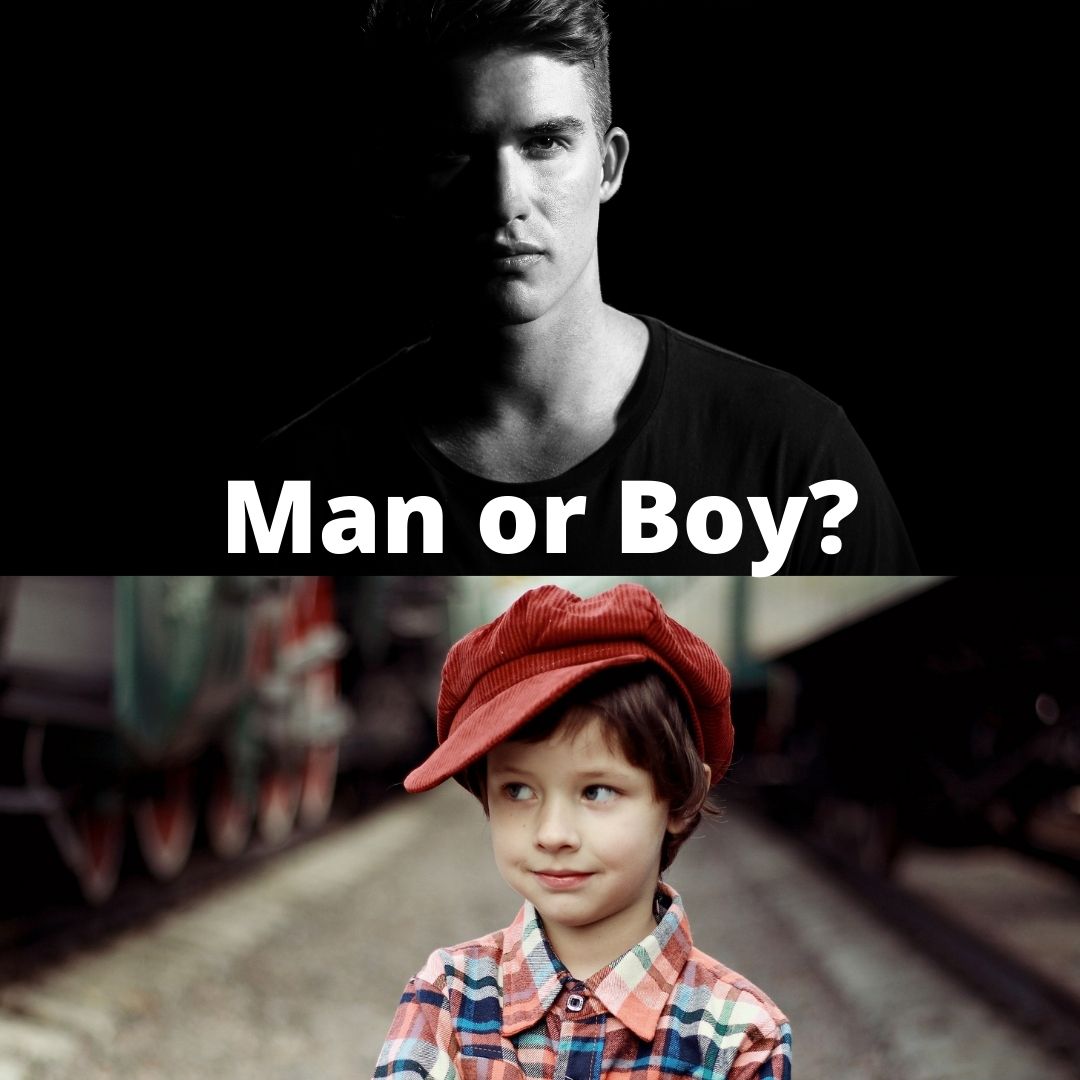 When I turned 18 – way back when dinosaurs roamed the earth and brontosaurus burgers were just 25 cents – aka 1984 – I proudly proclaimed to anyone who would listen – and most didn’t – “I’m a man now.” (By the way, that sentence is a homage to my 12th grade English teacher, who hated run on sentences, and who often encouraged us to split those sentences into smaller – what he claimed was easier to read – sentences that didn’t ramble or anything…I guess I didn’t learn much…but then again, my counselor said I would never have a successful career in music, and here I am 37 years later! If I retire from this field, maybe I have a chance to be an English teacher).

Turning a certain age does NOT make you a man! It is often hard to pinpoint exactly when a boy becomes a man. I think it is actually a process. Just like I am becoming a better saxophone player each day, a better Christian each day, a better husband/dad/grandad each day, I am becoming a better man each day. And if I’m not, then I’m becoming more boy-like. There’s nothing wrong with being boy-like when it is intentional and for fun, but not when it means we shirk our responsibilities. I know of a lady who lives with three “boys”, and they are all over 21.

Boys Want a Hand Out…Men Offer a Hand Up

***James is STILL in the process of becoming the man of God that he is meant to be. It takes courage, faithfulness, and being disciplined in seeking the Lord. Check out James’ books or invite him to speak at your event, www.jamesdivine.net.