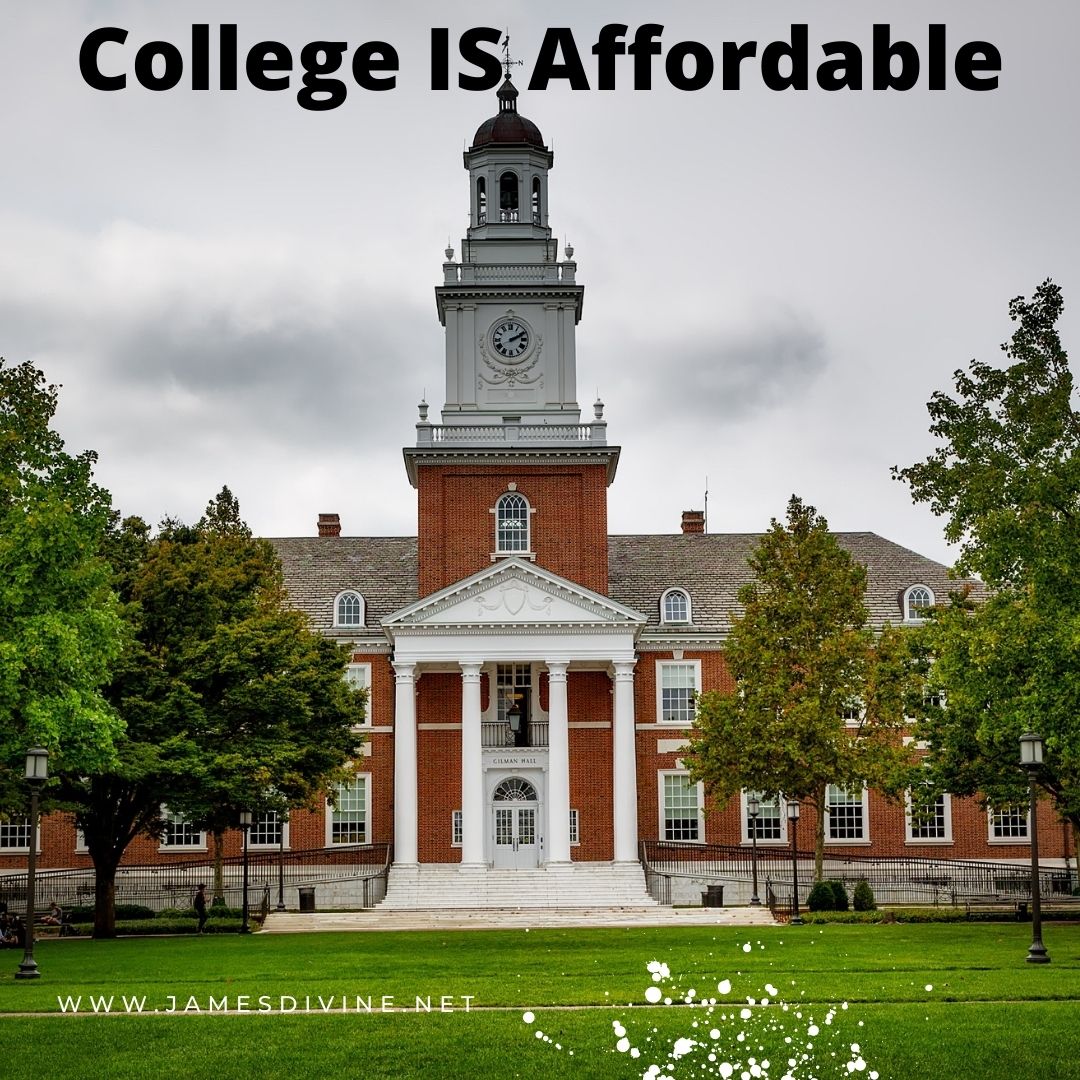 We are constantly hearing all the “woe is me” about our colleges and the cost to attend! Some of those problems are our own doing, but college is still affordable!

I wanted to go to college for as far back as I can remember. My mom didn’t have any money saved up for me for college, but she did tell me I could live at home for free as long as I wanted while going to college.

I made the same mistakes many young people make…

I was taking one or two college classes and working full time at a construction job. It was ok, but I hated the work. Each night I arrived home tired and worn out, ready to eat dinner, watch tv, go to bed and do it again the next day. It looked to me like it would take forever to finish school at that rate, so I talked to a recruiter and joined the Army.

You can join the military and in exchange for three years of your life, you’ll receive about 72k in education benefits, plus you should be able to complete 2 years of college in a 4 year enlistment.

I started attending college while on active duty. I had to pay about 10% of the cost, the rest was covered by the military. There were only a few choices of colleges, it took me ten years, but I completed my Bachelor of Science in Business Administration!

You might be surprised at how many different types of jobs there are in the military. It’s not all about shooting weapons and war. I was in the band. You can be a cook, an admin assistant, work with finance, work in the chapel, shoot people, + a myriad of other options.

If this student works 40 hours a week at a minimum wage of $7.25/hour, he will earn approximately $15,000, more than enough to pay for college and have plenty to get around, plus some extra for fun.

Example #2: 18 year old student living on his own

Renting a room in someone’s basement 6000

Food (does not include Starbucks or going out to eat; lots of ramen and mac and cheese)

If this student works 40 hours a week at a minimum wage of $7.25/hour, he will earn approximately $15,000. He will need to live somewhere close to the college and won’t have any extra money. However, if he took another part time job the weeks he didn’t have school – working just ten more hours per week – he could make 7.25/hour x 10 hours per week x 16 weeks = $1160. This could help pay for a couple of extra items.

Let’s take a look at a state college

In the state of Colorado, state colleges are required to take your transfer credits from community colleges when you transfer into their school.

Now you have several options regarding work…

The problem I see is that many students do not want to make the sacrifice needed to go to college. Because the loans are so easy to get and insured by the government, many students don’t work, yet continue to finance their lattes and vacations with borrowed money. Some choose to go to more expensive colleges. Some choose to major in Polka Music History and then wonder why they can’t get a job.

I wanted to get a master’s degree for a long time. I researched and looked into many possibilities. The 50k cost of most of many of them simply was not worth it to me. However, I finally found a small college in southwestern Oklahoma that gave me in-state tuition if I played in the summer band. I attended in the summers of 2010, 2011 and 2012. My total cost for a master’s degree was $9,000, which included room and board for the half of each week I stayed in Oklahoma. That’s $9k total, not per year!

Was it a sacrifice to have to drive each week? Yes. I could have stayed but I wanted to be home with my family. If you add the cost of driving, it would add about $3k to the total price. $12k – not bad for a master’s degree, and it immediately boosted my income about 5k per year as a teacher. There were options available in which I could have finished a master’s degree in 1-1 ½ years. Some cost 80-90k. If I had borrowed money to go to one of those schools, I would still owe the debt.

College is affordable. Don’t let the lies sink in.
*** James is a middle school teacher at a Title 1 school in Colorado Springs. He grew up in Title 1 schools before they were called that. Part of his growing up years was spent homeless – at least by today’s definition (we bumped around from family to family sleeping where we could; when mom was able to get her own apartment, we did not have electricity) – and on welfare. He is a strong believer in life-long learning. Sometimes that learning comes from a formal education, but mostly it comes from reading. Find out more at www.jamesdivine.net. Also check out more resources HERE.