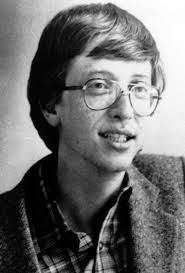 Throughout my childhood, I was often picked on and bullied. I was somewhat of a momma’s boy. I was not close to my father. I had a high emotional IQ and cried easily…the men in my life pounded into me (sometimes literally) that men don’t cry.

One day in 7th grade things turned around…

Red headed Patrick – tall and mean and someone who had bullied me all school year – pursued me into the hallway of the apartment building where my family lived. As he grabbed me and tormented me with his words and shoves, something in me snapped. I was sick and tired of the years of unrelenting bullying. I was done with being picked on. I detested the feeling of fear in the pit of my stomach.

I grabbed Patrick’s shirt and shoved him forcefully against the wall.

“Whoa James…calm down…I was only joking, “ he proclaimed.

“Yeah, right. Only joking for the last SIX-MONTHS, “ is what I thought to myself.

I let Patrick go. He told everyone at school that I beat him up. I had never laid a fist on him (besides the shirt grabbing). Patrick’s actions caused me to have a revelation…I was a big guy…I had size to my advantage…I didn’t need to let bullies torment me anymore.

Unfortunately I became a bully. I felt powerful. I felt strong. I liked this feeling.

I chose Bill Gates as my first victim. It wasn’t the real Bill Gates, but imagine what a 7th grade Bill Gates might look like. Spectacles. Skinny. High water pants. Future billionaire. I don’t remember this poor guy’s name, but we’ll call him “Bill.”

Every time I saw Bill, I tormented him. I spoke harshly to him. I acted like I was going to hit him (but I never did). Most of the time he bolted as soon as he saw me.

After a few months of this, I felt terrible! This was not who I was! I was a kind person. I had been through a lot in my short life, but was that reason for me to bully? I remembered how much I hated it when I was picked on. Why was I doing the same thing to others? I decided to quit.

What a sight it must have been, especially when I called out to him…

Amazingly he stopped running! Poor Bill. What would you think if you were being chased by a bully now saying he wants to be your friend?

I apologized. He accepted.

From that moment forward, when someone attempted to take advantage of Bill, I was there by his side using my newly discovered size to help him. It was my penance.

I became a bully because I enjoyed that feeling of power, but using physical size over others is just plain wrong! I’m glad it was just a 3-month portion of my life. My bullying days were over.

And the Bill I bullied?…he’s probably making millions leading a tech company he founded.