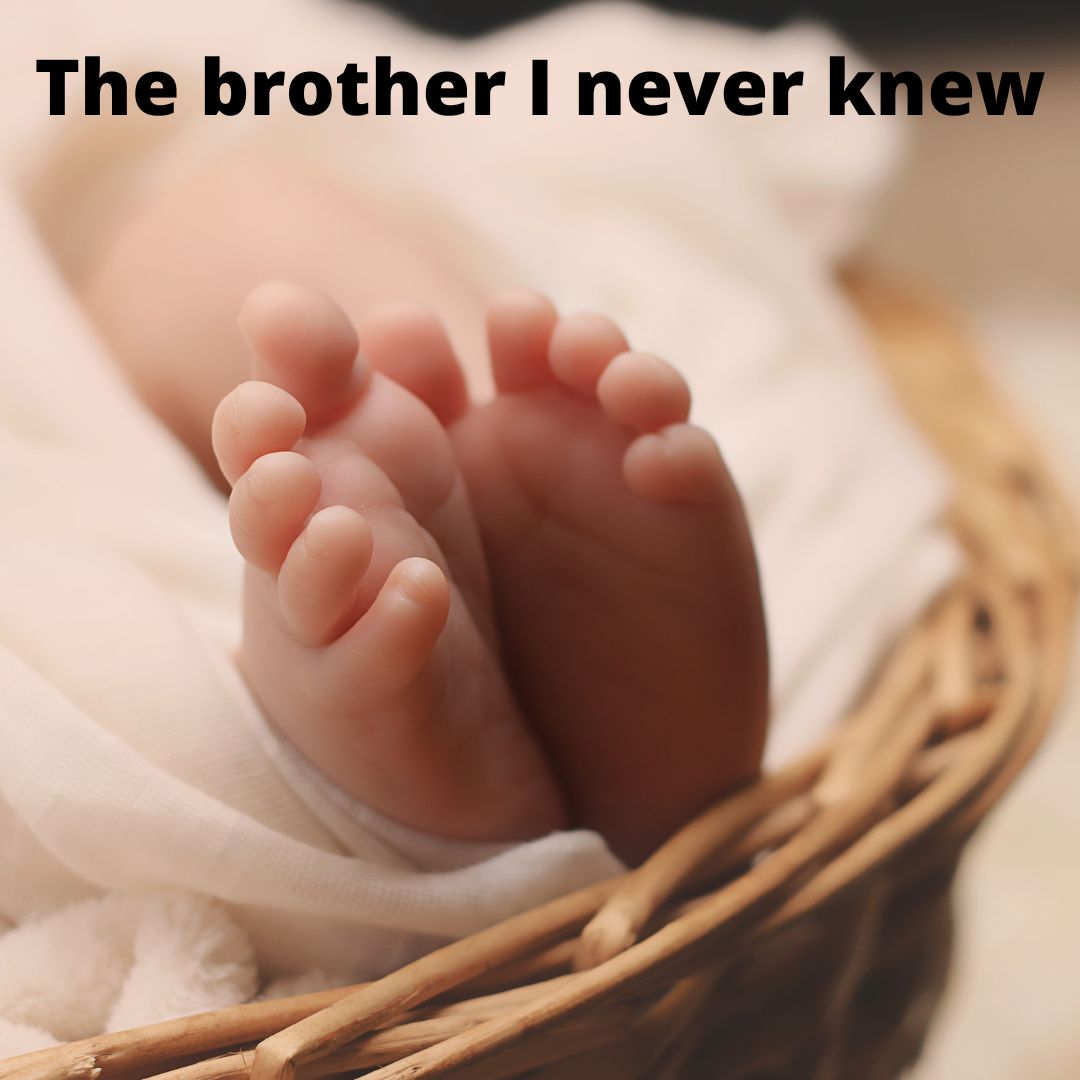 The Brother I Never Knew

I have a wonderful sister. We went through a lot together as kids and are great friends today as adults. But we were robbed. Mom was pregnant at least 5 times. Her third child she gave up for adoption. He was taken in by a loving family. Babies 4 and 5 were aborted.

When I was 5 years old, we had to flee from an abusive marriage my mom was in (my father). He died just a few years later. Over a period of two years, mom lived with two other men. With one of them she conceived her third child. He abandoned her at that point, accused her of sleeping around, saying he was not the father of her child. He left. Mom had no education, no real job prospects, and no money. At the time she was best friends with a couple who could not conceive. She gave the baby up to them for adoption. They raised him as their own.

After mom’s relationship with “baby daddy” failed, she quickly became involved with another man and ended up marrying him. Mom did not have much confidence or esteem. She “settled” for someone who wasn’t the greatest. Although he was not physically abusive to her, he was emotionally abusive and was a playboy who enjoyed having lots of women. I remember as a 9 year old, he even brought a woman to our house to live with us who was pregnant by him. I am not sure why mom put up with that!

For obvious reasons, the marriage began to flounder – and mom was pregnant with her 4th child. She had no desire to mother a child by this man she began to hate. Others in her life encouraged her to abort, saying, “it’s just a piece of tissue.” So she did.

Mom was always too slow at cutting off toxic relationships, so this guy was around for several more years. Sexual intimacy had become non-existent in their relationship. One day, he demanded his “rights” as husband and raped mom. Mom became pregnant again and decided to abort a second time. Eventually she divorced this man and moved on to another toxic relationship.

I didn’t find out about her story until many years later, when mom was well into her 60s. She suffered with the guilt of killing her own babies. She suffered with the regret of having made a decision that could not be reversed. She grieved and wailed over these babies. I can remember as a child her wailing and sobbing late into the night in our tiny apartment.

Mom loved the Lord Jesus Christ with all her heart, soul, mind, and strength. When we talked about these things, I constantly reminded her she was forgiven by God – He can and will forgive anything if we seek Him with all our being. She never seemed to be able to accept His forgiveness. When I hear of other women who have had an abortion, my first thought is compassion and mercy towards them. Yes, abortion is murder. But there can be healing and redemption through that. All of us are guilty of some sin in our lives and need God’s forgiveness.

Here I stand today, pro-life. But I feel like I have been robbed. Robbed of the brothers or sisters I could have had. Robbed of a mom who lived the last 20 years of her life in regret instead of enjoying her golden years. But I also stand here today blessed! My fourth child was adopted. His mom chose life, and I’m so glad she did because I can’t imagine life without any of my four kids.

I know I will get to see my brother/sister in heaven someday. Mom is there now getting to know them, and now she knows all about God’s forgiveness.

*** James Divine is the blessed father of 4 kids and 8 grandkids, with number 9 on the way! He has been married to his HS sweetheart since 1986. Find out more about his life story in his book, Forgive: One man’s story of being molested… James often shares his life story. Find out more HERE.