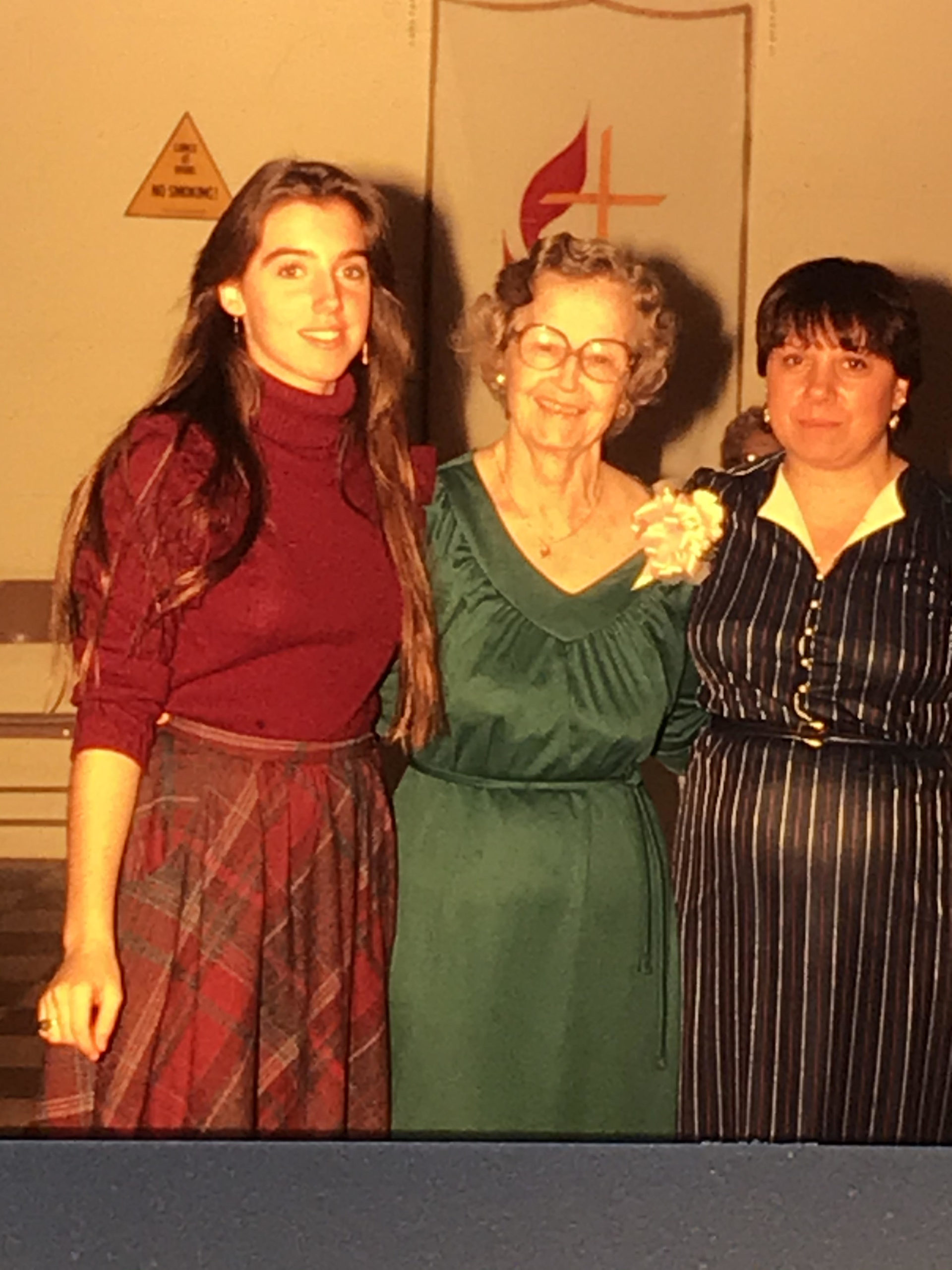 My Italian mom told me so many stories of her father – how she struggled to keep up with his long legs while he walked with purpose, how proud she was of him providing for her family, and especially how he told Bible stories to his 9 kids, making them come alive with his story-telling skills.

I never got to meet my grandfather. He passed away too early when I was about 2 years old. And my grandmother followed very shortly after him.

We had left my dad because he was abusive, so I wasn’t connected on that side of the family. As a child I felt deprived and jealous. Other kids had a dad. Other kids had grandparents. I had a ton of aunts and uncles, but they lived in Italy, thousands of miles away.

The lifesaver for me was church. Not only was it the place I learned about my Creator and how I could have a deep relationship with him that transcends this life, but there were so many opportunities to surround myself with friends, mentors, and teachers. There were many of these relationships I didn’t fully appreciate until I was fully into my middle years.

Mom belonged to the older singles group at church. Most of the people in that group had never been married and didn’t have kids. They were in their late 20s and early 30s. Mom had two kids. The teachers of the class – Mr. and Mrs. Thomas – had two kids of their own who were about the same age as my sister and me. As part of teaching the class, they often planned fun outings to the beach, to the park, barbecues, and get togethers. Mr. and Mrs. Thomas were not only class (and classy) teachers, they embraced us, loved us, poured into our lives and changed our lives. They were the first couple I can remember who showed me what a marriage could be like. This had a deep and lasting impact on me!

On one occasion we went out to dinner with the Thomas family, and Mr. Thomas’ mom was also there. I doubt the restaurant is still open, but I can show you exactly where it was in Norfolk, Virginia. I saw the way Rene and Tommy and their grandmother interacted and I was jealous. Their grandmother was such a nice and compassionate lady. She was fun, loving, and witty. She oozed joy and exuberance about life. During dinner, I expressed my dismay at not having my own grandmother. “Grandma Thomas” – as she later became known in our house – said that she would “adopt” us as her grandkids.

These were not empty words on her part. She already had a quiver full of grandkids, but she became our real grandmother. She began to be a regular part of our lives and treated us as if she WAS our grandmother. When my first child was born about a decade later, Grandma Thomas made a blanket for her. Grandma Thomas never got to hear from me what an impact her life had made. She went the way of the world and passed on to the other side.

I know we will meet in heaven someday. I will run to her, scoop her up into my arms, and tell her what an impact she made in my life!

Who can you be a grandparent to?

(P.S. My grandmother was also a writer. She was a frequent contributor to Readers Digest, The Saturday Evening Post, Mature Living, National Enquirer, and IEA news among others. Following is a poem she wrote that is one of my favorites.)

My dog is so obedient,

He does what he is bid;

And that’s just what he did.