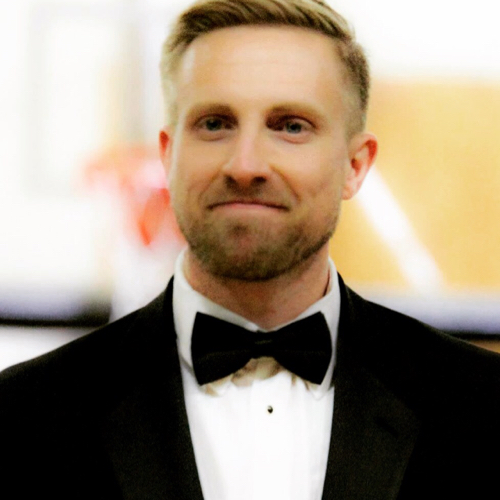 A few interesting facts about me . . . band directing was not on my radar after high school. I went to a Conservatory and as default had no college marching band experience. Since I am a clarinet player by trade, drum corps never developed in my life either. Therefore, all of the marching band experience in my life has either been student or director. I think that I tend to think outside of the box when it comes to Marching Band because I’m not shackled by the pretenses of the Pageantry Arts. (I love Drum Corps, Winterguard, Percussion, and it all . . . .just never did it myself).

Therefore, when I set out upon Marching Band rehearsals, I treat them very much like I would tackle any rehearsal problem. I think that my marching band staff doesn’t always “get it” because they are used to the way they know. (Another future topic: how to teach a staff of drum corps people to be educators in one short summer).

This particular band camp presented a few significant challenges. And, despite such grievances, I think it turned out to be the best I’ve ever had. I thought I’d share some of our successes with you.

DISCLAIMER: Despite my unusual upbringing, my marching band is quite competitive (and good at it). We have won quite a few championships and been fortunate enough to have been a BOA Regional Finalist twice. We are on a definite upswing. One of my past challenges was cultivating the staff, parents, and students into this continued pattern of growth. (As you may have already seen, getting out of our long term rut was a priority). Therefore, I enjoy some advantages that I recognize the typical band director may not have. I have oodles of kids, and oodles of staff to go with it. Money is generally NOT a problem but by no means is it plentiful either. We get the job done with great decision making, wise spending, and a wonderful network of support.

So . . .therefore, going into the band camp experience I was naively unaware of the challenges we faced this year. Our band is 30% first year members. AWESOME. The kids have zero question in dedication (as previously evidenced). AWESOME. Our camp experience this year was different than in the past because we spent an ENTIRE week on fundamentals (that’s right . . . no show learning). Therefore, many of the days in camp were spent coming up with self-directed initiatives. And . . . wow . . . this was by far the best thing that’s ever happened.

I have to immediately thank my staff. They were awesome and worked with me on some great stuff. The first week of our camp was entirely dedicated to fundamentals (both visual and marching). Through our planning, we heavily relied on differentiation to instruct the students. This was completely new to me and I can’t speak enough on how it worked. Here is what we did:

Differentiation by Personnel
The first thing we did this year was split our group by WW and Brass. They never did anything together until very late in the process. While visual had one group, music team would have another. We worked on objectives together (the prep for music and visual was always the same) and strove toward common outcomes (visual exercise 1 matched musical exercise 1 so that the two could be done together). It was more consistent work for the staff (no breaks) but the kids benefitted greatly. It allowed for more staff to student ratios and created smaller working groups.

Differentiating by Ability
During one of our days of camp, we did a morning where the students self-identified themselves into a lower, middle, and upper group. (We kept tabs on this too). The three groups were split into different objectives. The lower group just worked on basics while the uppers added more layers of complexity. The groups worked toward the same objective (box drill, for example) and were able to perform together. One such challenge of band camp is the older experienced students grouped in with the younger students. This allowed the groups to move at their own paces. I even teamed up section leaders in the lowest group to build bonds between the members. Overall, the success of this was vast as the students were able to complete the drill objective together.

Differentiating by Self-Practice
On the music side, we did a lot of work on breathing and tempo fundamentals. Isn’t it funny how you teach something only to find that in practice the students still mess it up? I was noticing that students would KNOW how to do a horns up for example, but in our musical exercise, would mess it up. WHY? I discovered that I think it was more the “this is the count you have to do it, this is when, here is the metronome, am I on the right exercise?” blah blah blah affected the student more than we could imagine. Therefore, before reps, I would put on a met and tell students to just practice horns up and down on their own. They had to do 5. Then, we would add in marking time. 5 horns up while marking time. Then, we would practice blade breaths from the Breathing Gym (goal to get them to breath in time fully). The isolation with a met allowed the students to grow comfortable with each task. Putting them together became easy. I think providing time for the students to work it through was meaningful.

Differentiation by Objective
We have always struggled with foot tempo while marching. Like, the students are so concerned with getting to Point B from A that they forget about tempo. We had the time to explore this by memorizing specific chunks of the music. We would then take them outside, march these chunks with no specific visual path. The ONLY goal was to play and keep feet in time. I discovered that relieving the students of the actual pathway part of marching allowed them to get more comfortable with foot tempo AND playing. I wish I had used the drone. It was the biggest and most amorphous blob you have ever seen.

We even had the sections stay in blobs at one point by instrument just to give encouragement. It worked well.

Differentiation by “Just Try It”
Ok . . . so this one isn’t differentiation. How many times have you done a new rep with the group and chaos ensues? Someone forgets . . . someone done the wrong thing . . . .someone misunderstands the direction. Have you lectured the group after? I’ve done it, and sadly, I’ve watched my staff do it. I keep forgetting that in AUGUST the students are babies again. Often times, I’ll do an objective 2 or 3 times before I say ANYTHING to them. Why? You just gotta give them the chance to understand. I feel that I waste my energy speaking to things that are just part of the learning process (for example, here is our new exercise, you’ve never done it before, why can’t you do it right the first time?). Just seem so hilarious. I got in a very good pattern of allowing the students a few reps just to “get it.”

Now for you marching band lovers out there . . . . I can totally understand the argument that it allows them to be lazy. By no means is this the case . . . with ANYTHING I have mentioned above . . . we DO NOT move on until every member does it correctly. Even in music warm up, UNTIL THE HORNS ALL GO UP TOGETHER (after the differentiation I explained above) we do it again and again. I’m just saying here that I don’t expect them to do it perfectly the first time in August and then lecture for five minutes about it. Trust me, follow the the process, and by November all will be well.

Well . . . camp is over. Now, I have to get ready for the first week of school. More posts to come!